Violeta is an interpreter of the Paraguayan harp and Guitar.

She graduated as a classical guitar teacher from the Escuela de Bellas Artes in Quilmes (Buenos Aires, 1986-1999).

She also studied folklore, tango and jazz at the school for popular Music in Avellaneda. (1995-1999 Buenos Aires). She studied compositions with electro acoustics Medien at the University of Quilmes (1992-1995) and attended courses on improvisation at the San Martin Cultural Centre and „folklore and tango“ with Hilda Herrera, amongst others.

In her early years as an instrumentalist (she started at the age of sixteen) Violeta performed with many traditional folkloric groups in Argentina and Paraguay; later she formed duets (harp and guitar/ harp and flute) writing her own arrangements and compositions to perform in several international concerts in Latin america, Europe and Russia.
She has represented Argentina on several occasions including the international Harp Festival in Arles (France-1999), after receiving a special invitation from the harpist Marielle Nordman; at the International Harp Gathering in Mexico D.F. Veracruz, Xalapa, (Mexico-1995) at the invitation of the harpist Lidia Tamayo and Mercedes Gomez; in Belgrade, Novi Sad and Zrenjanin (Serbia-1999) at the invitation of the Jugokonzert organisation; the International Harp Concert in Lommel, (Belgiem-2005) the Eurofestival Zupfmusik in Bamberg (Germany-2006), The European Harp Symposium in Cardiff (Wales-2007), The Harp Festival in Switzerland (Rifferswill 2007) The World Harp Congress in Amsterdam, on receiving a invitation from Ernestine Stoop (Holland 08), The International Festival „Guitarras del mundo“ in Buenos Aires (Argentina-2007) being invited by  the guitar player Juan Falú, and the International Guitar Festival in Biel Switzerland (2010-14).
Additional concerts: International Music Festival entrecuerdas Santiago, Santa Cruz und Rengo (Chile 2009).

Contemporary composers, Eva Lopszyc and Pablo Aguirre have  composed specific works for the paraguayan harp, in chamber formations and orchestra, for Violeta.  One of the works by Eva Lopszyc was performed for the first time in the Theatre Circulo in Rosario (Santa Fé-Argentina) and was later introduced in the Gold Room of the Colón Theatre, Buenos Aires. This was the first time that a folkloric instrument had been played in this famous theatre (1992).

Pablo Aguirre wrote different pieces for Violeta Ramos,  the most important one being the suite for paraguayan harp (recorded in Germany 2007).

Violeta Ramos  has been awarded many prizes and received special tributes in Argentina (Buenos Aires), Paraguay (Asunción) and Germany (Weimar) such as those awarded by the City Director of Berazategui and the health Minister for the city of Buenos Aires, Juan José Mussi, as well as by the Paraguayan Federation in Argentina.
She was appointed as a judge in a competition for young harp players in the city of Einsiedeln (Switzerland-2004) and in the final round of the ‚Youth Music Competition‘ in Buenos Aires (1999). She was also an integrated member of the committee for the Association of Argentinian Harpists „asarpa“

Violeta is regularly invited to take part in special projects, such as the Saint Saenz Christmas concert for orchestra, choir and soloists performed in St Jakob church (Cham- Switzerland 2003 ), the children’s  Musical „In Land der Buntgemischten“  and „Märlisonntig“, a concert with the russian choir“ Weisse Nächte“ directed by Jana Vasilenko (Russia and Switzerland); concert with orchesta and choir under the direction of  Uhr Erenzehller; Theater KKL Lucern (Switzerland) „The New Year’s concert“  2012 in Seewen, The Mass „Misa Criolla“  composed by Ariel Ramire for choir, tenor and quintet directed by Patrik Rickin, Oscar Echeverry and Christer Lovold(Sils Maria, St Moritz and Zürich 2015)

Violeta composes music, for students and for professional harp or Gitarr player. Her music is edited by creighton-griffiths in Wales and Trekel in Hamburg.

Violeta Recorded a lot of differents CDs. One of them got this  following critic for the Swiss Disc and Magazin Concertino in Germany. 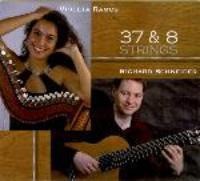 -The Violet Ramos and Richard Schneider duo offer fine and colourful music; Richard on the classical guitar with six, or, depending on the piece, 8 strings, Violeta on the Paraguayan Harp. This instrument is an offshoot of the classical harp that the  Jesuits brought into Paraguay in the 16th century. The Guarani Indians were quick to adopt this harp, which is similiar to its European cousin, but has 36 strings, is played without a foot pedal, and produces warm and expressive tones.The new album ’37 & &‘ by Richard Schneider and Violeta Ramos thrills the listener  with a wide range of wonderful compositions , with discreet hectic undertones.The classical music exudes its own unique vibes, it is difficult to identify the era and the origin; at the same time, it feels like one is treading on familiar territory.The successful CD has achieved perfection from A-Z, its tender harmony offering the perfect distraction after a hectic and tedious day. (Hélène Koch/Übers. C. Kallenberger/Swiss Disc)

-There’s something  unique and emotional about this combination of  the paraguanian harp and the classical guitar. Solos and duets are well interspersed. The repertoire moves between their own South American sounding compositions, original pieces, specially written for this duo, and arrangements, whose interpretations speak for themselves.It all sounds very lovely, and pleasant. Nothing gives the impression of being run-of-the-mill or stereotype. Not only is it well made, it is also fantastically produced! The same goes for the arrangements.Apart from that, the CD also contains original works such as a five-piece suit for Paraguayan harp, composed by Pablo Aguirre, a somewhat lost Renaissance-masterpiece from A. Mudarra, originally written for Vihuela’s Fantasia, which supposedly imitates a harp.Their encore on this instrument, as an alternative to Vilhuela, is spot on! These instruments combined  sound wonderful and  vibrant, and they complement each other perfectly. Especially the pieces, where Richard Schneider uses his 8 string guitar – it’s difficult  to distinguish who is playing what.

„The presentation of both interpretations leave no wish unfulfilled. One is happy to just soak in their music and allow the  heavenly feeling of peace and tranquility take over.. „

“A very good musical and precise peforming of national southamerican rhythms, was awarded with long and openhearted applause”… 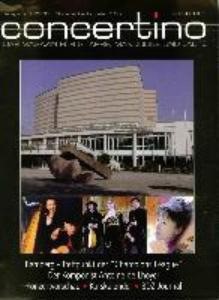 Where: Canton Zürich and Canton Zug